Found this in an english-speaking jihadi forum: a picture of what is supposed to be a “american pig”: 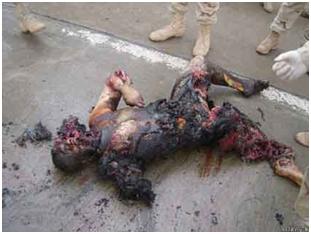 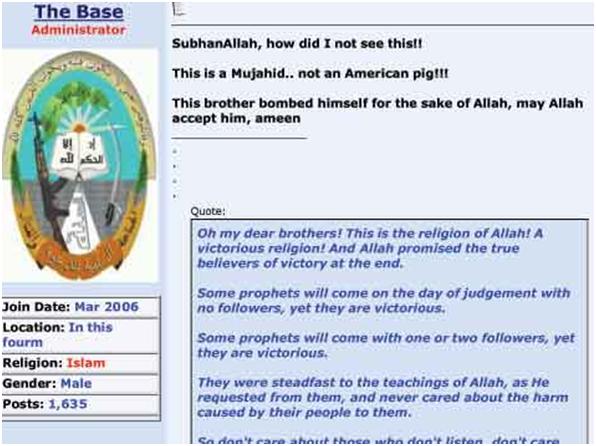 And finally, one poster even demands that the picture has to be removed:

are you sure akhee? iv seen it in other places as ‘american pig’ and

there are soldiers who seem to be kuffar soldiers around the body.

that to get out??

anyhow it should be removed because awrah is exposed regardless of

whether corpse is muslim or not wAllahu ‘alam

The meaning of awra: it is the arabic term for genitals, private parts – but can also mean privatsphere, stigma, tain, flaw.

The jihadis do use if in their writings, as an example “how the muslims are misstreated” – their homes being raided and their flaws being made public; as of to say the women are exposed and cannot be protected anymore by the men etc.

One thought on “A jihadi oopsi”