The al-Furqan video “Crusher of the Peshmerga”, or the “destroyers”, the “conqueror” if you will, just went online by ISI’s media outlet, al-Furqan.

As announced yesterday, there is a lengthier posting coming forth sometime this week, when I have the time to do so. It will, however, include the IMU and AQIM video besides this al-Furqan publication.

The IMU video is more or less simply another eulogy of more fallen fighters and it is subtitled in German. Interesting, but nothing that new – most of the killed died, according to the video, in Weziristan and in “Weziristan-Mehsud”. The killed are being portrayed and their corpses shown – some had been trainers and coordinators, other had been simple Mujahidin who are shown in short sequences / testimonies.

The AQIM video (2h total running time) is a bit more interesting and consists of the usual ideological measures with the usual trainings sequences somewhere in the countryside. The usual AQ senior leadership figures come to light and reinforce the over extending ideology and bind this to practical and military implications: fulfilling the true command of God to move out into jihad, as defined by AQ and ideologues such as Abdallah Azzam. 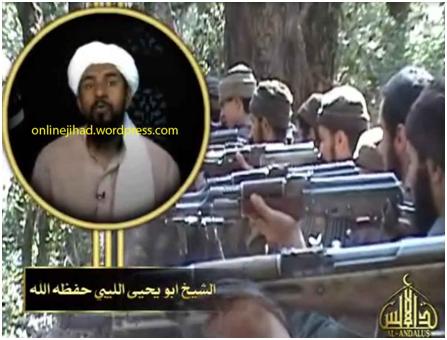