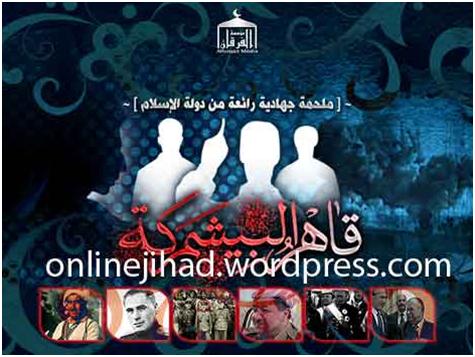 “Crusher of the Peshmerga” – al-Furqan, the media outlet of the Islamic State of Iraq announced today a new video will be forthcoming soon. In the past al-Furqan has already published various filmed operations against the Peshmerga, in and around Mosul and Kirkuk, which belong to the Kurdish, according to their understanding. The last ISI video was – as mostly – a quite comprising show of its ideology bound to alleged operations, lets see what this video has in store this time.